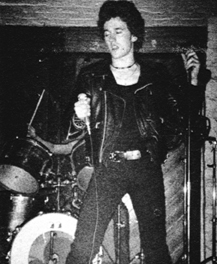 hey recently played their first big gig with Sassafras and Budgie, playing to nearly 2,000 people and are also hoping to go to East Berlin at the end of this year to recruit some new fans.

Some of the band’s songs are: ‘Take A Trip’, ‘Streetwalker’, ‘Maybe I Could Change’, ‘Hang On’ and ‘Calling For You’. All their music is original – the music written by the group and Carl writing most of their lyrics.

They recently did a session for CBC (the local radio station) and are in the throes of putting out their first single — ‘Calling For You’. Carl wrote the words in hospital after he and Razz were involved in a crash on the way back from a gig.

Fantastic on and off stage, they all take care with their appearance, are always full of energy (especially Razz – who does the most amazing solos ever) and come over professionally even in the smallest of pubs and never at one gig of theirs that I’ve been to have they been allowed to leave without an encore.

Well, what can we say Obviously Jann has got something going with Razz. 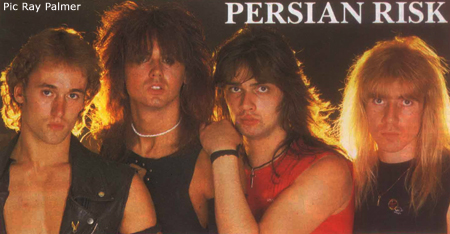 One response to “PERSIAN RISK”